So 2022 has ended, at least for me, at least in UTC. It’s time to review what happened in a year and plan for the next. Some in my circle already did that one or two days earlier, but well, I have, uh, reasons to be late.

Last year I officially started a full-time job as a software engineer. Well, I started it before that, but the official contract started in 2022. This means that I had much less time for my personal projects or for free software contribution (not that I did a lot of that before).

I wouldn’t exactly say I’m satisfied with this job, but there are certainly benefits I wouldn’t have had had I hadn’t it, such as a stable income, health insurance, annual health checkups, and two vacations a year. Pretty much that, I think.

There are a few things that stresses me, but I guess I complained enough about them.

IPWHL didn’t last, sadly. The co-maintainer cnx took a hiatus (around April, I think? I have no archive of that), and I in turn had a burnout later around June or July as well (and I felt guilty having never announced that). I also dropped development on Yue and some other projects I started within the year, mostly due to my day job.

I guess the most notable contribution of mine last year was probably packaging: I packaged honk for NixOS and am still packaging dictd for alpine linux (again). Well, that and about six months packaging Python packages for IPWHL too.

In the last two months I have been making a server for managing small shops—mostly stuff like prices and sales of products. It would probably be done in a day if I just use a framework like Django, but then I feel that such framework is an overkill, so I instead decided to implement everything from scratch (well, not everything, I don’t rewrite the encryption and database connectors or something like that). It was a bit overwhelming, I think? It shouldn’t take that long at all, I suppose I need to rethink my approach. I also decided to learn Vala, a language that compiles to C and is designed for developing with GTK, too. I intend to make some flashcard app as an outcome, and I hope without the network bits it might be somewhat easier to make.

Last year, I finished reading a second book in French, Ellana, with a higher difficulty than my previous one, Le Petit Prince, I suppose. I have been reading Tous les hommes sont mortels. I’m quite amazed that my French has been still quite fresh enough to read such books with little trouble. Well, I still have to look up a lot of words, but over all, I feel comfortable with that.

Also language related: I got my IELTS test, and to my surprise most are good despite my lack of active practice. I suppose my constant shitposts and occasional rants in English helped.

I did not have much time for conlanging for conlanging, but still a bit for writing. Aside from this blog, I’m slowly rebooting my fictional world for the third time, and [spoiler alert] why not merging them all together?

Lately, I started to have some trouble with figuring my meaning of life and wondering if I’m living an authentic life or I’m just keeping making bad decisions in bad faith.

On my physical health, I started being on a diet plus going to the gym since August. Over all, I felt much better than the previous sedentary life mostly sitting in the office. I also lost some weight, but sadly still have some health problems in the last checkup. Well, more works on that this year then. It was only possible thanks to me working from home, but sadly it is no longer the case.

I have a lot of things going on, so let’s keep this short.

It appears that no one other than I am the one to cause my own suffering, I think this year will be the year for me to look inward, and start asking myself the big questions. 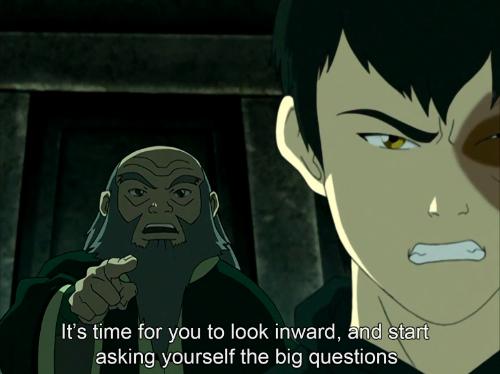 That sounds vague, basically I will do less things that make me unhappy and do more things that makes me happy? Yep, spending more time writing software I use, worldbuilding, making shitposts. I will find time for more physical activities and recaliberating my diet to address my health problems, additionally.

I’m applying for several master’s programs abroad, so let’s hope that passes, too. On a related note, learning a new language or strengthening my French significantly will also be a goal of mine this year.

Look at my fedi fellows' sites:

Articles from blogs I read

Export Flatpak programs from a computer to another

Introduction § As a flatpak user, but also someone with a slow internet connection, I was looking…

Hello there! This post will be the last one this year. I planned on doing it a bit earlier, but…

Doing Advent of Code in a new programming language each day